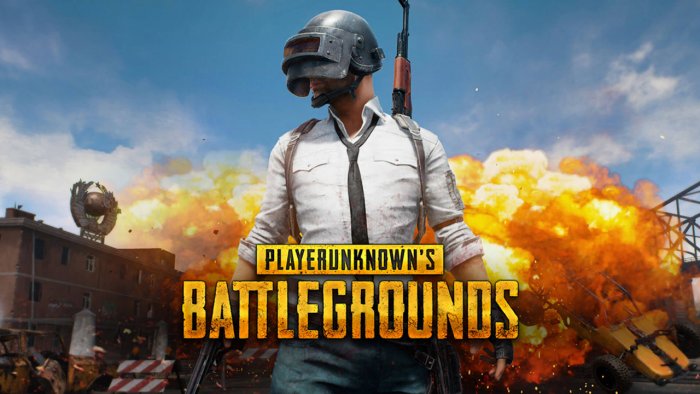 Almost all are aware of PUBG around the world. PUNG was created by Brendan. PUBG became the most played game soon after its launch, PUBG has gained millions of followers and has emerged out to be a top action game in a short span. PUBG has almost around 100 million users playing the game every day or on a regular basis! PUBG has taken the world of the game to the next level, and it has a unique design and the battleground which amazes the users. Many teenagers, for the first time, have started playing a video game after the launch of PUBG!

PUBG is liked by almost all the previous gamers and the players who had played any other game before. Some smartphone manufacturers also started making a particular phone on which one can play the game. As the game is available for free on the google play store and iOS play store for the Android and iOS users this game has achieved huge fandom who regularly play the game. PUBG stands for Players Unknown BattleGround.

Due to all this, the game has a turnover of millions of dollars. Now one can imagine that with an optimistic mindset about the game how one can earn such a tremendous amount of money. Also, the players can make money playing the game! Mindboggling right, but yes it is true that by playing the game with little out of the bix thinking one can make money. One doesn’t have to play the game, which eventually kills productivity and time but can also earn by doing it the right way. It is a piece of good news for the addicted to PUBG.

It had got reported that a person spends almost six hours a day playing PUBG and it is killing the productivity of one. It sounds scary, doesn’t it! But by the optimistic and mature mindset, one can enjoy playing PUBG along with making money from it.

Let’s dig deeper in all of this one by one.

As we all know that the online business world is growing at the exponential rate, and so does the gaming world. It may seem nonrealistic, but in the near future, the business will grow to a billion-dollar industry. You can take part in the online tournaments taking place for gaming now and then. You can win exciting prizes by standing at the top positions of Leaderboard. There are more chances that you can get a high amount of revenue if you win. There are various online platforms which conduct such tournaments, such as  Toornament, FACEIT, GamerzArena, and Battlefy There is also an option to join the official PUBG Europe League or North American League tournaments through which you may have a chance to win Euro 1,000,000! Whee exciting isn’t it.

One can build a community on social media accounts such as on Youtube, Instagram, Twitch, etc. There is a platform called Rechaaarge through which anyone can give a donations cost-free. In this case, you don’t have to ask again and again for the donations. Once you create the account on the platform, you can share the link anywhere you want. Also, these days, Facebook and Youtube are used a lot for live streaming, a newbie must try this feature to promote stuff. By building a vast audience of your own can help you to tie up with different organizations in the future which will impact significantly on your business.

If you have your brand, then there is a way to increase your business by choosing a product which has PUBG logo or the insiders which are loved by people and so you can sell those at a fair amount of price, it will increase your revenue significantly. If the product of yours does have the charm, it will get significant sells and will be very much helpful. There are some websites of such merchandising companies such as  Streamlabs Merch, Merch by Amazon, and Teespring.

By creating unique and attractive stuff for your social media accounts like Instagram, Twitter, and Facebook, you may get a considerable amount of followers of your page. This will come to rescue at any point in future, as once you have a large community of your own on social media you can collaborate with different firms and you can promote various news articles related to the page which will ultimately help you in gaining more followers. Instagram is the best place for earning through brand partnerships. This way, you can get a massive amount of revenue with no investment, unlike every other alternative.

If you have reached a level which can take months to complete, and you no longer want to play the game. You can sell your account to others who are willing to buy at the price which can be calculated based on the competition and the level you have achieved. You will find many buyers on social media, but one needs to be alert. Because some times it happens that there are fake buyers available who transfer the account, but you never get paid for it. Apps like PayPal is safe for the transaction of money around the globe because it has the security provided in it.

It is evident that the users of the game are too much into the game that they would live to have the statue or mimic version of the guns, rifles, caps, backpack so on for real. You can sell your inventory worldwide on various websites such as  Skins.Cash, BitSkins, G2G, and Gameflip. The Battle points you have earned during your extra hour of playing will help you get new inventory items which one may never reach to get those so that you can sell those online un return of cash.

The crazy players who want to learn tricks and tips to play the game and also learn how to play PUBG can hire PUBG trainer for getting trained. The players wishing to fight in the tournament can be benefited a lot with proper training. One can earn lots of money and exciting prizes by winning such championships or staying at the top of the Leaderboard. One such crazy and famous gamer who has won many tournaments is named Ninja.

End of The Story

That’s all for this article on how to make money along with following your passion for gaming. Hoping that readers got the clear idea of how lousy addiction can get turned to a good one by using the resources in the right way.