But as soon as BitTorrent bought the uTorrent, they made it a closed source application, preventing users to modify the application according to their needs and inserted a lot of adware and other spammy offers in it.

And that became the reason for the fade popularity of uTorrent to be the best torrent client. And people started searching for some new uTorrent alternatives with no ads and lightweight application.

But as there a huge number of uTorrent alternatives available for Windows, Android, Mac, and Linux. Some are almost similar to the uTorrent and has no ads and spammy offers. While other alternatives provide useful and unique features that even uTorrent lacks. And few alternatives even come with some malware which can harm your device and data.

Just in case you don’t know, you can also remove ads from uTorrent

So, we did the hard part of this process and found these 10 best uTorrent alternatives for you and compiled a definitive list of the best, fastest, and most secure options available, complete with their respective pros and cons. You can choose any of these alternatives as they are safe and verified. Some of these alternatives come with adware but the good part is that you can disable those ads anytime.

So now without a further ado, let’s get started 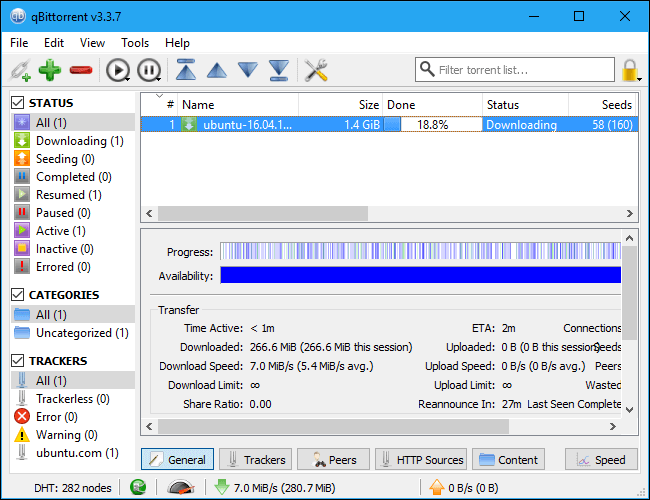 If you are looking for an alternative of uTorrent that looks similar but lacks the blood, then qBittorent is the perfect option for you. qBittorrent is lightweight, open source and has the remote control feature we all love so much on uTorrent. We also recommend qBittorrent.

It has a really nice UI and features that every good torrent clients should have like support for both torrent files and magnet links, using as little CPU and memory as possible and a lot more, but also avoiding the minimal design of other torrent applications. And the best part is that it is not having any kind of ads like uTorrent is having now.

The qBittorrent application also consists of an integrated torrent search engine and other uTorrent extensions like DHT and peer exchange, IP filtering, a web interface for remote control, RSS downloading support, priority and scheduling features, and many more features.

Deluge is another great alternative to uTorrent based on the same BitTorrent source code. It looks quite similar to the qBittorent or an old version of uTorrent and it also has many of the same features.

The UI of Deluge is also similar to qBittorent but not as clear as qBitorrent. However, Deluge doesn’t offer any special feature like the remote control feature of uTorrent and qBittorrent but the best part of it is that has plugin support which makes them more advanced than the qBittorrent.

It is also totally free to use and doesn’t have any sort of adware, malware in the bundle or display irritating ads on the central screen.

As Deluge has plugin support, there are a lot of plugins available to download for free. This means that despite its apparent simplicity, Deluge is really the foremost customizable torrent client out there; you’ll be able to choose and blend the features you would like and ignore the rest. Like if you don’t need the inbuilt Web interface, you can remove it from your own.

If you are trying to get something new as an uTorrent alternative that is adfree and also free from other malware or something like that, then you must give a try to Tixati.

Although it is a closed source torrent client still its one of the best uTorrent alternative because it has tons of options for both novice and power users. It has completely different UI as compared to some other standard torrent clients like uTorrent and qbittorrent, mentioned above. And it shows all the details in really clean and simple way but if you aren’t much tech-savvy, then you may find Tixati to be more complex as it shows all the charts and graphs.

Besides of all the basic features which are covered by every torrent client, there is also a social aspect to Tixati. Inbuilt channels can be used to chat with the seeds and peers, which can be really useful if you’re struggling to get just the last few megabytes of a file and want to ask for more seeds or faster uploads.

Tixati is also a lightweight torrent client, which means it is lightning fast and it also encrypts all the data for your security.

Transmission is another simple utorrent alternative which was earlier available only for the Mac OS X and Linux but now the transmission is also officially available for the Windows too and users are loving it too.

It is also a completely open source torrent client that is completely free from adware or some other crap and malware.

The transmission has a bitter past as it has experienced issues with security and malware, but those issues are already solved now, and now the application can be again evaluated for what it is: one of the best utorrent alternatives. 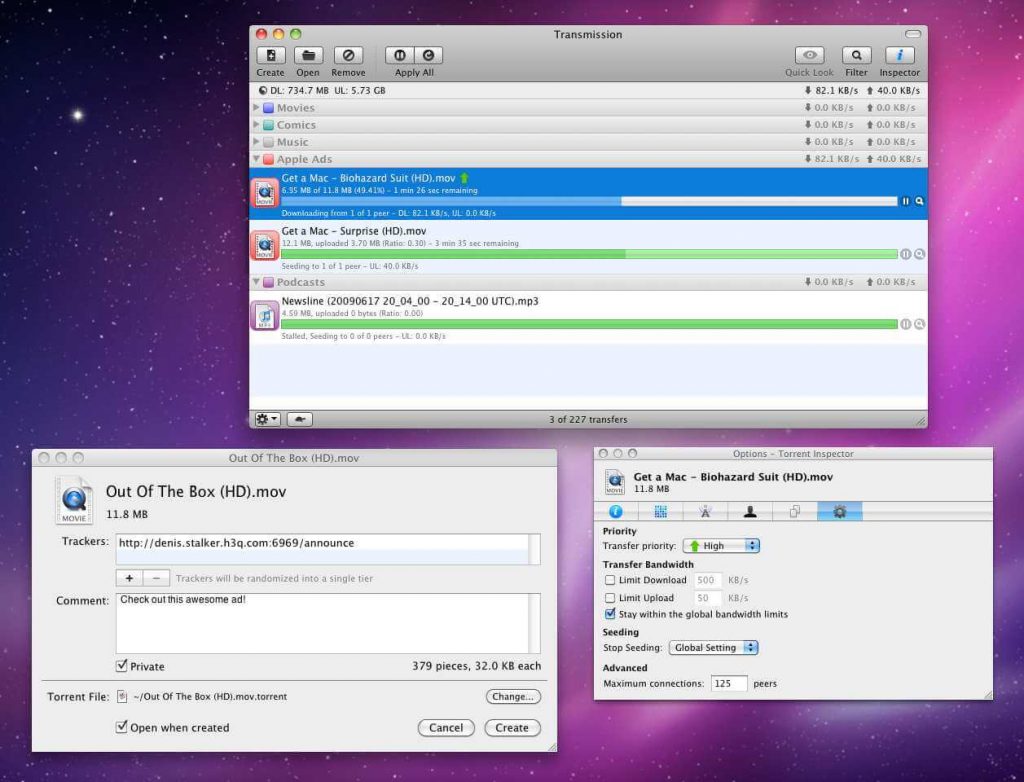 Transmission isn’t for everyone, but it’s worth a look when you’re moving on from uTorrent.

Stay tuned to Legit Tech Info for more updates and don’t forget to share this article with your friends.

Windows 11 Release Date of 2021, Features, Concepts And Latest News You Need to Know

Top 7 Anime Sites to Watch and Stream Your Favorite Anime

Stay on op - Ge the daily news in your inbox